He served with 21 Postal and Courier Sqn RE, which was stationed in Bulford and supported a multitude of units in 5th Airborne Brigade as a dispatch rider HQ and Signals.

He took part in numerous exercises including Pegasus Fury and Pegasus Revenge. In 1990 he went to Malaya on a Commonwealth Airborne Exercise and jumped with the Malay Special Forces. 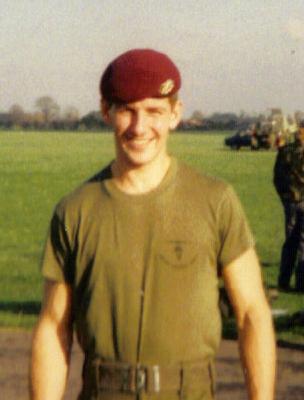