Mark Antony Sutton joined the Junior Parachute Regiment Company (Coy) at Pirbright in January 1990 as a member of 19 Platoon (Pln).

He attended Depot Para at Aldershot in 558 Platoon from July to November 1990.

After completing P Coy, he was posted to 11 Pln, D Coy, 2 PARA, based in Aldershot.

Pte ‘Sooty’ Sutton completed tours of Northern Ireland between April 1993 and August 1995 with Patrols and Close Observation Patrol Plns before returning to Aldershot with Patrols Platoon until 1997.

L/Cpl Sutton then served with D Coy’s CSW (Crew-Served Weapon) Pln as a Sniper until 1998 before moving to Patrols Pln’s Sniper Section until 2001.

He was then posted to the Army Foundation College (AFC Harrogate) and promoted to Corporal, serving as a Section Commander until August 2003.

Promoted to Sgt, he returned to 2 PARA in Colchester, as Sniper Commander with A Coy's Sniper Pln until June 2005. He was posted to Pirbright in 2005.

Sgt Sutton became a Tactics and Sniper Instructor with the Household Division and Parachute Regiment Centralised Courses (HDPRCC) for two years, before returning as Sniper Commander of Sniper Pln, A Coy, 2 PARA, until 2009.

Following promotion to CSgt his next posting was as a Tactics Instructor at Operational Training Advisory Group (OPTAG) at Folkestone.

In June 2011 CSgt Sutton was posted to 1 PARA as 2ic (second-in-charge) of ORW (Operational Readiness Wing) for a year before becoming the CQMS (Company Quarter Master Sergeant) for Support Coy, 1 PARA.

During ‘Sooty’s’ 23 year military career he has visited Italy, Belize, Canada, USA, Egypt, Brunei and Germany on exercises and completed 5 tours of Northern Ireland as well as seeing active service in Sierra Leon, Iraq and Afghanistan. 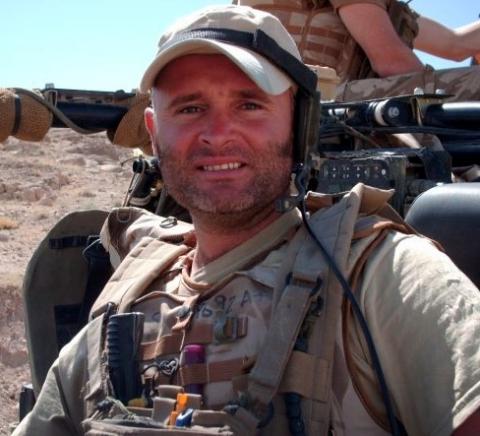