Mark Passed out 2 January 1982, after completing parachute jump instruction, on Course 885 in December 1981. He then joined 4 Platoon, B Company, 3 Para in February 1982 in Tidworth.

He was on SS Canberra "down south" for Op Corporate in 1982. 'Tabbed' across the Island, then fought in the battle for Mount Longdon with 4 Platoon (Lt A Bickerdike and Sgt I McKay). His profile picture was taken whilst on SS Canberra in 1982. 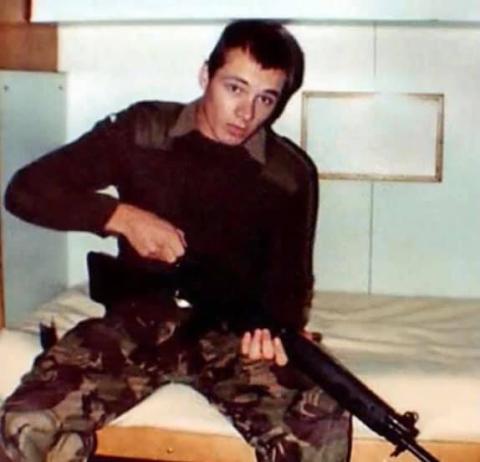