Mark Howard Puckey joined Depot Para at Aldershot, with 533 Plt in September 1987. Due to injury he passed P Coy with 543 Platoon.

Pte Puckey was posted to Anti-Tank Platoon, Support Company, 3 PARA at Palace Barrack, Northern Ireland. This was the first of three tours on Operation Banner.

Following promotion to Corporal (Cpl), he was posted in January 1999 as driver/bodyguard to Commander Allied Command Europe Mobile Force (Land) Maj Gen J G Reith, based in Heidelberg, Germany. Cpl Puckey subsequently deployed to Albania in April 1999 with the division as his driver and part of his protection team until September 1999.

During March 2002 he was deployed to the Falkland Islands as part of a composite company from all 3 battalions to cover the 20th anniversary of the Falklands War.

After returning from the Falklands at the end of August 2002, Mark Puckey was then posted as Acting Sergeant (Sgt) to what was then 4 (Conduct after Capture) Company, Joint Services Intelligence Organisation (JSIO) at Chicksands as a Resistance to Interrogation Instructor and served with them for six years.

In February 2008, Sgt Puckey became a Tactical Psyops Liaison Officer (SNCO) posted to 15 (UK) Psychological Operations at Chicksands and deployed to Helmand Province, Afghanistan in March 2008 in that role in support of 16 Air Assault Brigade. He undertook a second tour of Afghanistan, in the same role in March 2010 in support of 4 Mech Bde until September 2010.

Sgt Puckey retired from the Army at the beginning of March 2011, due to an employment offer, 6 months short of 24 years’ service.

During his military career, during exercises, he visited Kenya twice, Canada on four occasions, as well as France, Italy and Norway every winter between 1994 -1998. 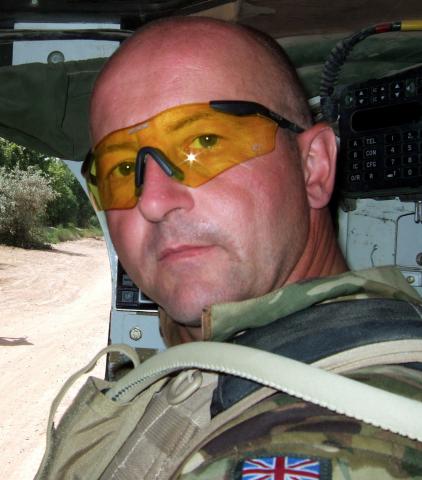