Mark Jackson, the son of Gen Sir Mike Jackson, was commissioned into The Parachute Regiment in 1995 and served with 3 PARA.

He retired from the Army in 2003, following a parachuting accident in Spain, and retrained as an artist and sculptor.

Jacko collaborated with Charlie Langton, the equine sculptor, to produce The Parachute Regiment and Airborne Forces National Memorial, which stands at the National Memorial Arboretum in Staffordshire. 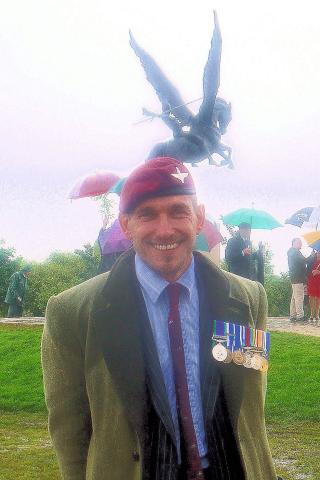