Malcolm Kennedy Walsh MM was the son of Walter Whitman and Lindsay Annie Lyle Walsh (Cook), of Loxwood, Sussex, He enlisted in the General Service Corps and transferred to The Queen’s Royal Regiment (West Surrey) and was sent to France with the BEF. He returned, badly wounded, through Dunkirk and spent 8 months in Bradford Hospital before being discharged from the Army on 13 January 1941.

He then joined the Air Transport Auxiliary as an aircraft engineer and when fit he re-enlisted on 31 March 1943 as a dispatch rider. He was offered a commission but instead volunteered for Airborne forces.

Corporal Walsh successfully completed parachute training at RAF Ringway on course number 90, from 1 to 13 November 1943 and was posted to B Company, 12th (10th Battalion, The Green Howards [Yorkshire Regiment]) Battalion, the Parachute Regiment and took part in Operation Overlord (Normandy).

Corporal Walsh was awarded the Military Medal for his actions at Ranville on 7 and 8 June 1944.

“B” Company were suffering casualties from two isolated machine guns situated to the front, one was located and Cpl Walsh volunteered to go out single handed to deal with it. This he did and brought back the damaged German weapon. Whilst out on this mission he located the second gun position and went out that night and destroyed it with grenades.

The London Gazette reported his death and the awarding of the Military Medal on the 28 September 1944.

Cpl Walsh was killed in action on 9 June 1944, aged 23, and was given a field burial at St Honorine de Chardonnerette, and was re-interred to Ranville War Cemetery on 30 August 1945.

If you are part of Cpl Walsh’s family and would like to complete this biography, you can apply to the curator to do so. To do this you will need to become a member of ParaData and select the 'friend or family member' option on the registration form.

By Rod Gibson with additional information and photos 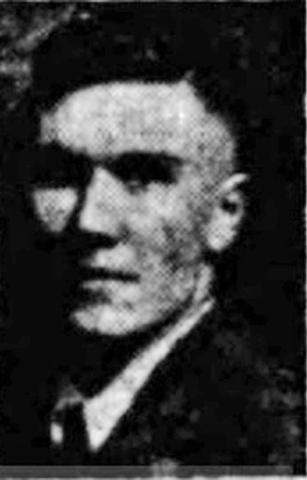