Luis DiMarco served with The Duke of Wellington's Regiment prior to volunteering for airborne forces during the Second World War.

He qualified as a military parachutist on course 60 which ran at RAF Ringway in April 1943 and was sent to join the 1st Parachute Battalion as a reinforcement in North Africa, taking part in the Sicily and Italy campaigns later that year.

In September 1944, Pte DiMarco was serving with the Signals Platoon, HQ Coy, 1st Parachute Battalion, and deployed for Op Market Garden, to take part in the Battle of Arnhem. He was one of a small number from the 1st Battalion who made it back across the river to the safety of allied lines after the nine day battle.

After the war ended in Europe, he was sent to Palestine with the 1st Parachute Battalion, where he was promoted to Sergeant in 1946. 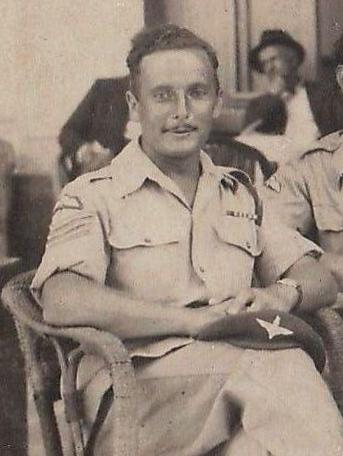