Lionel Reginald Verdun Hyde was born in 1916 in Yeovil Somerset, the third of seven sons to Frank and Lillian Hyde.He attended the local primary and junior schools, then started work as an apprentice bricklayer in and around Yeovil.

In 1943 he joined the Somerset Light Infantry but was transferred to the 2nd Oxford & Bucks Light Infantry `A` Company, and commenced training for the liberation of North West Europe.

On 6 June 1944 he emplaned to go to France and landed at LZ `W`in Normandy. He then crossed the Orne river bridge with the battalion to secure the villages of Herouvillette and Escoville, and later dug in at Herouvillette. He fought in Normandy for the next 90 days  participating in the breakout to the Seine before returning to England on 4 September.

He was later involved in the Ardennes during the Winter of 1944/45, Operation Varsity in March 1945 and the Advance to the Baltic.

Lionel was demobbed in November 1946, after deployment to Palestine, and reunited with his wife Dorothy and two sons, Barry and Terry.

He returned to his job as a bricklayer, which he carried on for most of his working life and during that time was rewarded with two daughters-in-law Maureen and Sally and four grandchildren - Alison, Stewart, Andrea and Graeme. 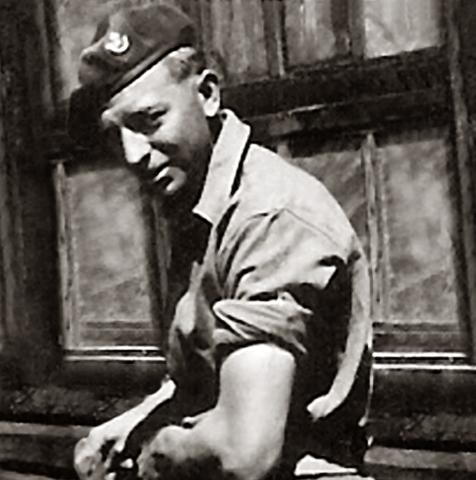