Lewis Lawrence Golden was the Adjutant of the 1st Airborne Divisional Signals during the battle of Arnhem. Born on 6 December 1922 in Ealing, London he was granted an emergency Commission, as a Second Lieutenant, in the Royal Corps of Signals on 28 March 1942. He was promoted to full Lieutenant on 1 October 1942 and then Captain on 25 May 1944.

Lt Golden served in North Africa and Sicily, before returning to the UK to train for Operation Market Garden. He landed in Arnhem by glider, eventually escaping back across the river.

Captain Golden then spent time in Norway, overseeing the German surrender, before being posted to India where he served as adjutant until his demobilization in 1946.

The following is Captain Golden’s personal account, written in November 2005: 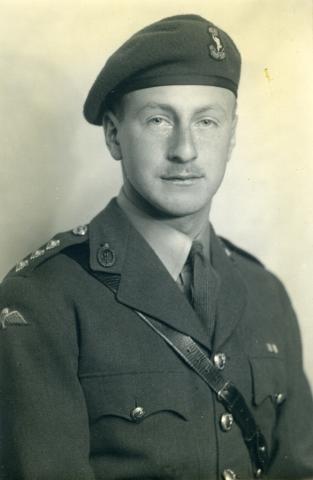