Private Lewis Hendry was born in Norwich on 12 February 1990 and educated at Northgate High School, Dereham. He joined the Army in May 2008, conducting his training at the Infantry Training Centre Catterick. On completion of his training he was posted to 3 PARA. Originally serving in A Company, his performance marked him out from his peers and he was nominated for service in the prestigious Patrols Platoon, moving across in January 2010. A laid back but highly social individual, he enjoyed football but his true passion was the Parachute Regiment and his fellow Paratroopers. He intended to make a career within the Regiment or the Special Forces, realistic aspirations given his dedication and natural talent. Private Hendry, from A Company, 3rd Battalion The Parachute Regiment (3 PARA), deployed to Afghanistan on 10 October 2010 as a member of the Patrols Platoon detachment serving with A Company. An extremely fit, popular and committed soldier, he fitted in well in this highly motivated and specialist team. In Afghanistan Private Hendry was employed as an intelligence specialist. His role required him to build relationships with the Afghan locals in the area, using his considerable charm and sense of humour to gather information in order to protect the population and his comrades. However, Private Hendry was still a man with a hard edge. Regularly under fire in one of the most dangerous checkpoints in the area of operations, he demonstrated the same fearlessness in the face of the enemy as he had when boxing at the Battalion. On 9 February 2011, Private Hendry deployed as part of a foot patrol to reassure the local population and gather census information in a small village north of the Nahr-e Bughra Canal. The patrol came under fire and, during the ensuing firefight, Private Hendry received serious gunshot wounds. Despite receiving immediate medical attention at the scene, and extraction by helicopter, Private Hendry sadly died of his wounds.

The family of Private Hendry said: "Lewis lived life to the full - and more! Words can't describe how much he will be missed. 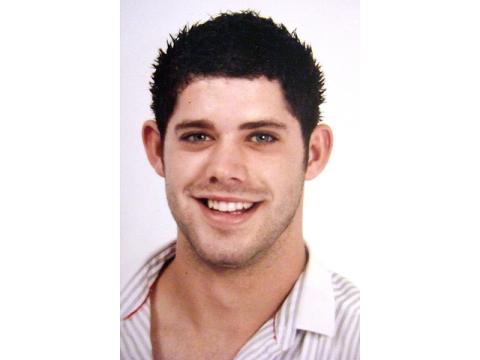 David Shearwood said:
Its always hard to lose any one of the brotherhood but this one is especially very hard to swallow as he came from my home in Norwich and I'm sure the lads in Norwich will be deeply hurt. From me personally and all at BAFA we send our deepest thoughts to Lewis' family and his friends. RIP Mate
Malcolm Rowlands said:
From West Berks PRA.
Farewell Airborne Brother. May you rest in peace. We are so sad that your life was far too brief, but share in the pride of you already expressed by so many others. You were a great credit to your family, and the Airborne.
Stuart Cook said:
From Grimsby & Cleethorpes Branch P.R.A.

Our condolences and deep sympathy to the family and friends of Pte. Hendry. A true Airborne soldier. May you rest in Peace.
Add your comment