Les White trained for the 3 Battalion the Parachute Regiment (3 PARA) in 1949. His parachute jump instruction school was RAF Abingdon.

In 1951 he was sent to the Middle East via the aircraft carrier HMS Triumph. As a member of Signals Section, A Coy. He served in the Canal Zone, Cyprus and Egypt.

His last jump with 3 PARA was from the 4 engine Hastings aircraft in Eygpt 1952.

His profile picture was taken of Les in Cyprus, June, 1951. 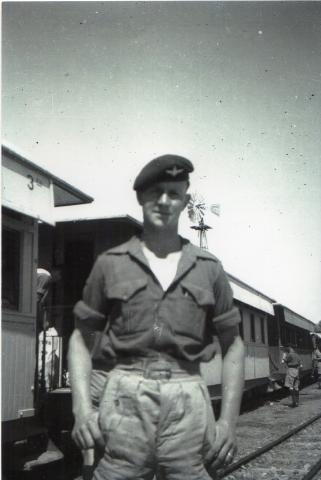