In 1943, aged 18, he was called up and joined the Royal Artillery, completing is training as a driver/mechanic. In 1944 he volunteered for airborne forces and completed Parachute Course 127 in July/Aug 1944.

He then joined 2nd Airlanding Light Anti-Aircraft Battery, RA and was transported by Dakota to an airstrip near Grave right at the end of Op Market Garden.

Post-war he served in Palestine, before being demobbed in 1947. 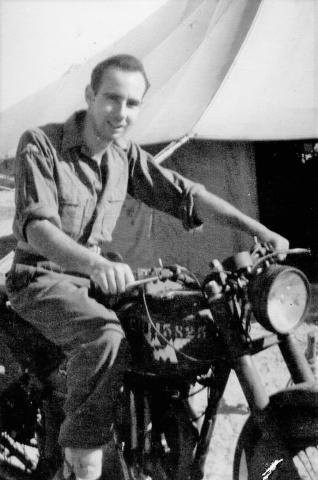