My father, Leslie Frank Weaver, commonly known as Frank, first joined the Army in The Queens Royal Regiment as a Boy Soldier in 1929. During his early service years he deployed to China, Pakistan and India before eventually transferring to the Army Reserve in October 1937.

On the outbreak of the Second World War he was unable to re-enlist initially as he was working in a ‘Reserved Occupation’,at Woolwich Arsenal. After a couple of years he was finally accepted and joined Airborne Forces, eventually joining 4th Battalion of the newly-formed 1st Parachute Brigade in January 1942. It was redesignated shortly after to form the nucleus of the newly created 2nd Parachute Brigade. Following training in North Devon, he was deployed with the rest of the 2nd Para Brigade to the Mediterranean in 1943. A part of the Transport section, he later told me he only 'jumped' once in training(!) before being deployed.

After the initial fighting in Italy, the brigade was renamed 2nd (Independent) Parachute Brigade in late 1943. and remained in the Mediterranean as the 1st Airborne Division returned to the UK in preparation for the invasion of North West Europe the following summer.

Frank Weaver went on to take part in Operation Manna to Greece in Winter 1944-5 and returned to the Middle East shortly after the end of the war for the deployment in Palestine. He was appointed Acting Corporal in May 1946, promotion to Acting Sergeant followed, and by the time of his release from the Army on 14 September 1947, he had become a War Substantive Sergeant. After leaving Palestine, he was able to spend Christmas 1947 at home with his family. 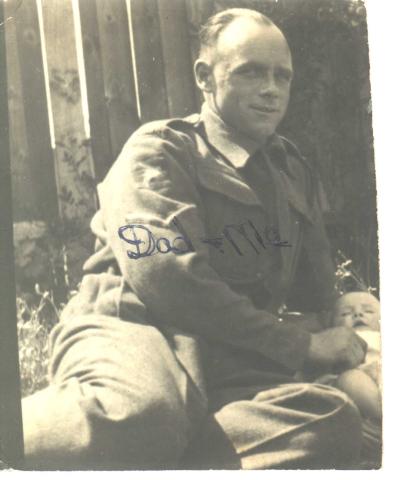