After intensive training on gliders, Allsopp volunteered for training as a parachutist at RAF Ringway on course 101, which took place between 31 January and 13 February 1944. It was during this period that he met his future wife Phyllis, who was a parachute packer at RAF Ringway.

After returning to his regiment he became a member of a section of Forward Observation Observers (FOOs) and was attached to The Parachute Regiment for Artillery Support. On 28 May, Allsopp was attached to the 8th Battalion and soon after became involved in action in Normandy on D Day. On the evening of the 5/6 June he was sent as a Forward Observation Observer to Caen, France, to provide the 8th, 9th and 12th Parachute Battalions with artillery support against two German gun emplacements at Merville and Breville.

After Breville had been taken, a misunderstanding in communications led the allied artillery to fire at allied positions, causing casualties amongst the parachutists. Allsopp, acting independently, was promptly able to order a ceasefire, which undoubtedly prevented further casualties. It was for this action he was awarded a Mention in Despatches, which was confirmed in the London Gazette on 8 November 1945.

Allsopp returned to the UK in early September 1944  but returned to mainland Europe in December 1944 for the Ardennes campaign. In early 1945, Allsopp was moved to Holland for a short period before returning to the UK and in March 1945 he was involved in Operation Varsity, the Rhine Crossing into Germany.

In April 1945 he returned to the UK. He was promoted to Bombardier in May 1945 and was involved in operations in Palestine in charge of motor transport for 212 Battery. He was discharged to the Army Reserve in 1947 after returning to the UK. 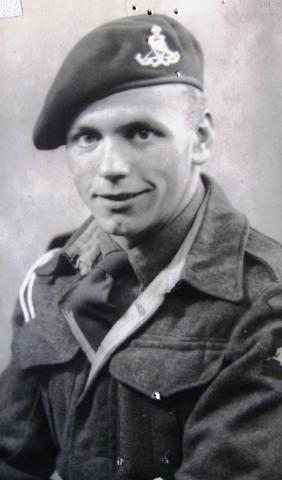