He enlisted into the Somerset Light Infantry and was serving with its 10th Battalion when it was turned over to airborne forces in late 1942, and converted to become 7th (Light Infantry) Parachute Battalion. He attended parachute training at RAF Ringway with other members of the battalion on course 44 which ran from 28 December 1942 to 8 January 1943.

He deployed with the 7th Battalion as part of the spearhead force for the Normandy landings in France in June 1944 as Sergeant of 4 Platoon B Company.The role of the battalion was to seize and hold the bridges over the River Orne and the Canal de Caen and to establish a bridgehead on the West bank of the Canal until relieved. A Coup de Main force from the Ox and Bucks, under the command of Major John Howard, was inserted close to the bridges by glider in advance of the 7th Bn.

After securing its initial objectives the battalion held the bridgehead position inspite of heavy German attacks in particular against A and B Coys.

He was killed a few days later by enemy shellfire on battalion positions at Le Hom. 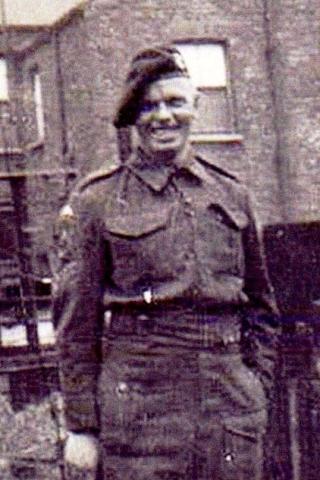