Len Hackney enlisted into the Durham Light Infantry and volunteered for airborne forces while serving in North Africa in 1943. He trained in Sousse, Tunisia, and was posted to the 6th (Royal Welch) Parachute Battalion.

He saw active service in Italy and jumped on Operation Dragoon as a Cpl with the Mortar Platoon.

Len Hackney served in Greece on Operation Manna, where he was wounded in street fighting.

In Palestine he was the 6th Para Bn's Provost Sgt and later joined the 1st Para  Bn.

Ater demobilisation he re-enlisted into Royal Welch Fusiliers (TA) in March 1947 and worked for Northern Brewery until retirement. 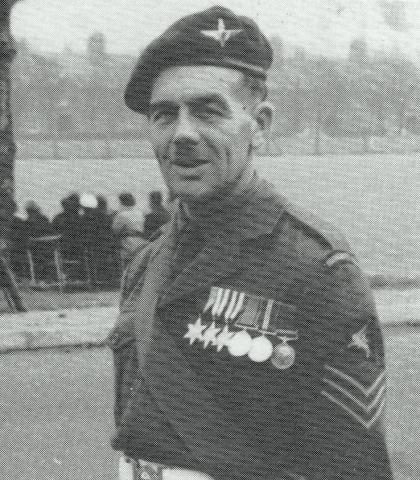