Lee James Fisher enlisted into The Parachute Regiment at Blackheath, London in August 1977.

After Passing Out of P Company (Coy) with 441 Platoon in March 1978 Private Fisher was posted to B Coy, The 3rd Battalion, The Parachute Regiment (3 PARA).

In 1978 and 1980 Pte Fisher went on tour to Northern Ireland on Operation Banner.

In 1982 Private Fisher went with 3 PARA to the Falkland Islands on Operation Corporate.

Lance Corporal Fisher left the armed forces in December 1983 having served in Northern Ireland, Germany, Canada and The Falkland Islands. 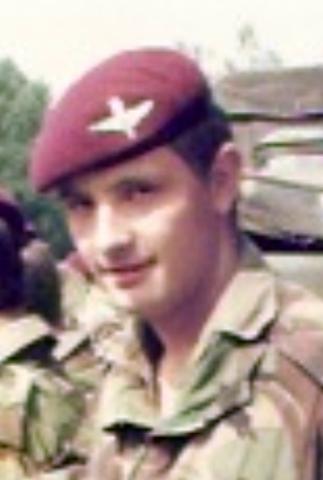