Originally called up in 1940 to the 8th Battalion (Dorsetshire) Regiment, he transferred to Airborne service and trained for 21st Independent Para Coy at Hardwick, completing his jump training in September 1942.

He saw combat in Italy during 1943, before involvement at Arnhem during Operation Market Garden. Following intensive fighting, Cpl Solomon eventually avoided capture and escaped across the Rhine to Nijmegen. He later served in Norway where he was stationed on VE Day, helping to round up the Gestapo using information supplied with the help of local civilians. Finally, he was drafted into the post-war conflict in Palestine before being demobbed in June 1946.

After leaving the Army he changed his name to Scott, and went on to have a successful career in the Police force and was awarded the George Medal in 1967.

Laurence remained active within the veterans community into his retirement, and with the 21st Independent Parachute Coy veterans especially.

Laurence 'Solly' Scott died peacefully at home on 31 August 2010, aged 90 years old. He will greatly missed by his family and all who knew him.

With kind assistance from Jan Scott

It was Sunday and we were fighting in our last house in Oosterbeek village when we were told that we were to retreat. The house belonged to a Dutch dentist. 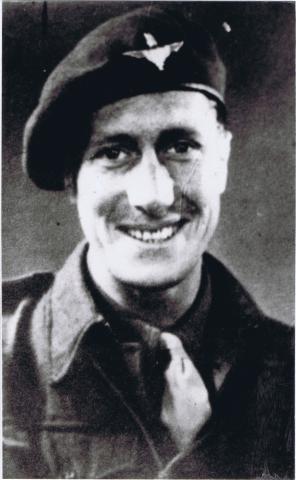 Hans de Haan said:
Thanks for his story Jan; I was at Oosterbeek yesterday (17 September 2011) to find out his remains were buried on the 16 September 2011 at Oosterbeek Field of Honour, next to a grave of one of his former comrades. The interment was done with full honours. I find this a particularly grand gesture of everyone involved to be able to fulfill the last wishes of this fine soldier. Best wishes and thanks for all your efforts,
Hans (49), Zwolle, Netherlands.
Jan Scott said:
Solly's remains were buried behind the grave of Pte Avallone and buried together with those of David Eastwood.
Add your comment