National Service 1955-57: Initially joined the Royal Marines. Was sent to Eaton Hall and was commissioned, but a problem with RM officer manning levels meant that he did not return to serve with them. He joined the DLI and promptly volunteered for the Parachute Regiment. (This was allowed only because he had signed on for 3 years National Service rather than the normal 2 years.)

He passed P Coy, completed parachute training and was posted to 3 PARA. He served with the battalion during the Cyprus Emergency, and for the Suez operation he was selected to be an operational ADC to the Comd 16 Para Bde, Brig Mervyn Butler. He was not involved in the airborne assault, but went in by sea with 2 PARA.

After National Service Larry maintained his association with the Parachute Regiment through the TA, mainly in 10 PARA (V). He served for 25 years and was awarded the MBE and TD.

A fine rugby player, Larry L'Estrange was awarded an Irish International cap, playing on the wing in the England - Ireland match in 1962.

Created with information and images kindly donated by G Gilbert 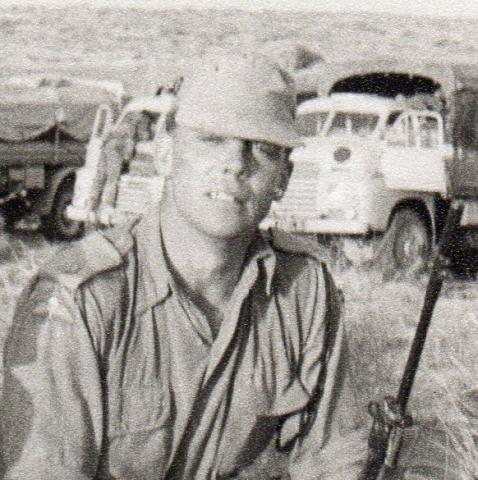