Enlisted as a boy soldier in the Royal Engineers (JLRRE) from 1979 until 1980, left as a junior corporal.

Served with 22 Engineer Regiment RE in Northern Ireland 1981 and 36 Engr Regt in the Falklands Islands in 1982.

Joined 4th Battalion Parachute Regiment from 1983 until 1986 and served in the MMG Platoon. 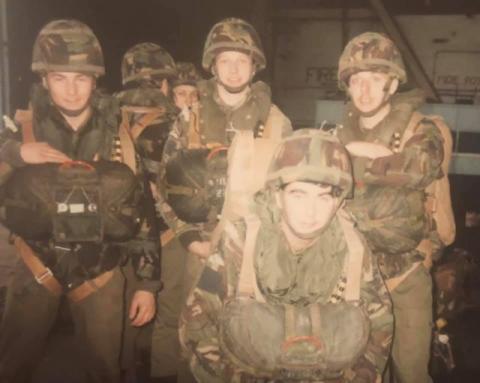