Kevin Howard served with Airborne Forces with The 1st Battalion, The Parachute Regiment (1 PARA) in the 1980s.

Kevin, or simply 'Kev', initially began his Army career as a Recruit in the Junior Leaders Regiment Royal Armoured Corps.

In 1980 however, he applied to Airborne Forces and passed through Depot in 1981. Following completion of his parachute training, he was posted to 1 PARA and served with the Battalion for five years, completing operational duties in Northern Ireland during this time.

He left Airborne Forces in 1986, and went on to pursue a civilian career. He has retained his links with the Airborne community, and is a keen athlete, enjoying long distance running. 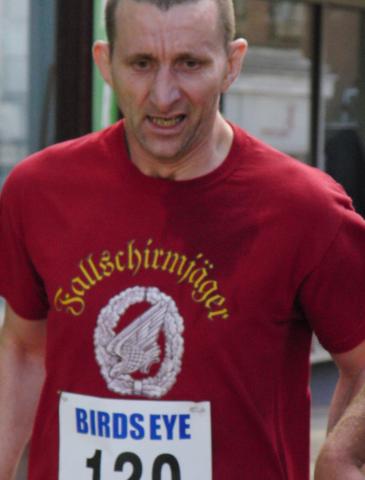