Kenneth ‘Ken’ Price was born in Islington, London, in 1933. He enlisted into The Suffolk Regiment in 1951 as part of his National Service, and after basic training he volunteered for airborne forces.

Pte Price undertook parachute training course 322, which ran from 26 October to 27 November 1951 at RAF Abingdon. He was posted to Depot The Parachute Regiment and Airborne Forces at Maida Barracks Aldershot, before travelling by boat to Egypt to join A Company, 2 PARA, in January 1952.

Whilst in the Canal Zone Pte Price took part in Exercise Leap Year I on 12 May 1952, approximately twenty miles south of Mafraq, Jordan, a thirty-six hours' exercise with the Arab Legion, and Exercise Snowdrop, in Cyprus in April 1953.

After being demobbed in 1953, Pte Price joined the 16th Airborne Divisional (Lincoln) Independent Company The Parachute Regiment and served until 1956.

Before retiring Ken had a career in the printing industry. 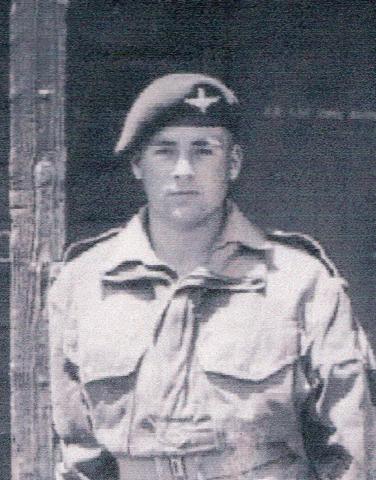