Kenneth Howard was a labourer when he enlisted into The Royal Artillery, he then volunteered for airborne forces.

W/Sgt Howard qualified as a military parachutist on course 119 which ran at RAF Ringway in June 1944.

He was posted to 8th (Midlands) Parachute Battalion and saw active service on the Rhine Crossing.

In June 1945 he became an instructor at No 1 Army Air Corps Infantry Training Centre, at Albany Barracks on the Isle of Wight.

W/Sgt Howard was demobbed in January 1946. 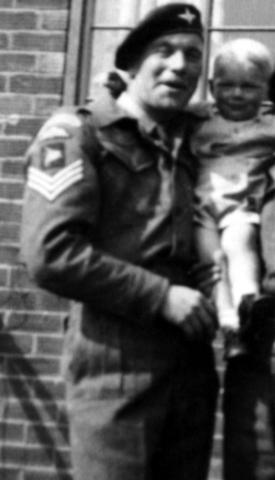