Kenneth 'Ken' F Hanson joined the territorials in the spring of 1939 in Sheffield.

He was then mobilised on the 2 September 1939, 284 Battery,123rd (Sheffield) army Field Regiment RA. After coastal defence duties the regiment departed for India in 1940 to join the 32nd Indian army division in the Pune area.

In the latter part of 1944 the regiment’s role changed, becoming part of the newly formed 44th Indian Airborne Division as the 123 Parachute Field Regiment RA, trained in low-level night drops onto the jungle canopy. 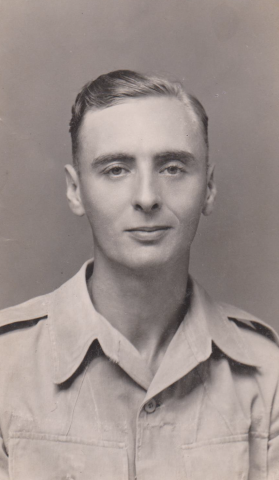