Joseph Ronald Logan enlisted into The King's Shropshire Light Infantry (KSLI) on the 10 May 1937.

Corporal Logan was then sent to North Africa to join the 1st Airborne Division, as a re-enforcement, and was posted to the 5th (Scottish) Parachute Battalion. Here he was assigned to 13 Platoon, C Company and took part in the landings in Italy, at the port of Taranto, in September 1943.

He then took part in Operation Dragoon, the jump into Southern France, on the 15 August 1944. However, the majority of the battalion was dropped wide of the drop zone and they had to fight their way back to the rest of the Brigade.

Records show that after taking part in Operation Manna, he was wounded in Athens on 26 December 1944.

Corporal Logan went on to serve in Palestine and in February 1948, the 5th Para Bn was posted to the British Army of the Rhine and garrisoned at Leicester Barracks, Husum. 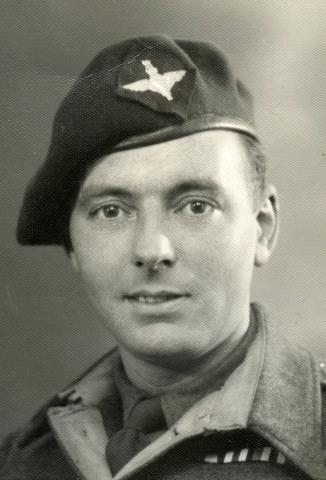