Deployed to Northern Ireland in April 1992 to County Tyrone and South Armagh for an emergency tour to support the RUC in protecting citizens with the upcoming local elections.

In 1993 after a successful Signal Cadre he joined Signals Plt D Coy 3 PARA as a Bn Signaller eventually being assigned to the C.O's Sig Det.

In 1995 3 PARA were redeployed from 5th Airborne Brigade to a spearhead role in the multinational AMF (Artic Warfare) in Norway and subsequently relocated to Dover Kent.

Jonathan left 3 PARA in June 1996 having done one more tour of N.Ireland (GSM Medal) three deployments to Norway and two to Kenya. 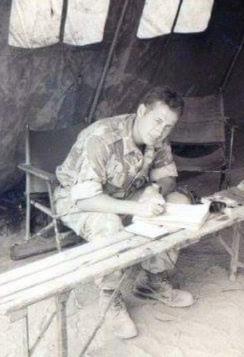