Colonel Waddy had a distinguished career in the British Army spanning 35 years.

Descended from a long line of Army officers it was natural that he joined his family’s regiment - the Somerset Light Infantry, and was posted in July 1939 to the 2nd Battalion then serving in India. After nearly two years soldiering in the Raj, and keen for more adventure, he volunteered for the 151 British Parachute Battalion (later renumbered as 156) which was established in India in 1941.

Parachuting was rather rudimentary in India in these early days. Shortly after qualifying he was seriously injured while exiting an aircraft on a parachuting exercise which resulted in him being in a coma for 3 days.

After relocation to the Middle East and then Tunisia, 156 Battalion and Brigade HQ formed the lead elements in the capture of the port of Taranto in September 1943. Facing a skilful German rearguard action they spent several weeks advancing north east, first to Bari and then Foggia.

In October ’43 he was promoted as Major and commanded B Coy 156 Bn at Arnhem, where he was wounded in fighting at Johanna Hoeve woods (September ’44). He was subsequently wounded twice more while at a Main Dressing Station and eventually taken prisoner. In Spring 1945 he was liberated by General Patton’s army from Stalag VIIA in Bavaria and was able to return to the UK to marry Ann.

John then spent nearly three years in Palestine combating the Jewish terrorist threat where he was wounded again (July 1947). After some routine postings in the UK, Libya and Egypt he rejoined the Somerset Light Infantry in Malaya (1952). Lengthy spells patrolling in the Selangor Jungles earned him a Mention in Dispatches.

In 1958 the Parachute Regiment was allowed to have a permanent cadre of officers; he volunteered to rejoin, was accepted and posted as 2i/c of 2 Para, serving with them in Cyprus, Jordan and the UK.

As Lt. Colonel he commanded the Parachute Regiment’s Depot and then the Small Arms School at Hythe; he was awarded the OBE in 1962.

In 1964 he was appointed Colonel SAS and commander of the SAS Group (comprising all 3 SAS Regiments). Subsequently in 1967 he was posted to Washington DC on the Army liaison staff spending the last 5 months of the posting at Fort Benning Infantry School. He was able to renew contact with the Americans in September 1970 when he was posted as Defence Adviser in the British Embassy (Saigon) at the height of the Vietnam War.

He returned to the UK to work at the Joint Warfare Establishment before retiring from the Army in 1974 and subsequently worked for Westland Helicopters for 15 years until 1989 as a military adviser.

In 1976 he took 6 months leave from the Westland post to act as military adviser for the film ‘A Bridge Too Far’ directed by Richard Attenborough. While the film broadly portrays the events correctly there are historical inaccuracies. There was little John Waddy, John Frost or Richard Attenborough could do about this since the film was primarily intended for US consumption and major changes to the script were not permitted.

He is a published author (Tour of the Arnhem Battlefields) and a recognised authority on Arnhem. From 1982 to 1996 he led a team of Arnhem veterans to talk to the students of the Army Staff College on their battlefield tours at Arnhem. Along with Major Tony Hibbert, he continued this role when the tours were restarted by the Army Division of the Defence Academy in 2008.

By Harvey Grenville with the kind assistance of John Waddy 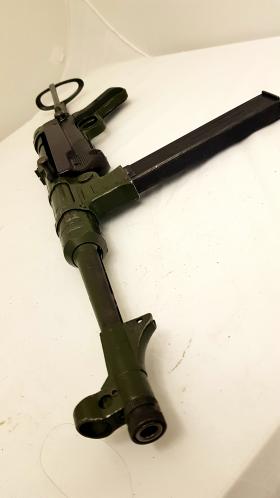 The MP40 or Maschinenpistole 40 was a 9mm German sub machine gun designed in 1938 by Heinrich Vollmer.

As the son of an Army officer and the 5th generation of his family to be officers in the British Army it was natural that John Waddy was educated at Wellington College, Berkshire, then a school pri

On our return to the UK from Italy at the end of 1943, we trained hard for the coming invasion of Europe and it was, therefore, a blow to all of us in 1st Airborne Division that we did not take par 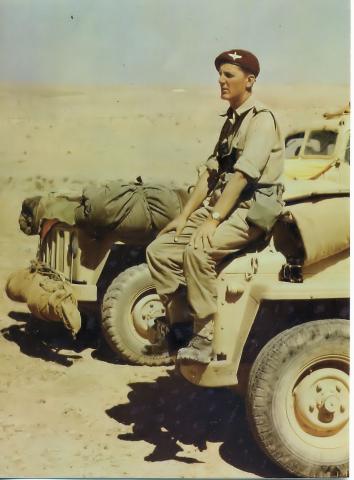