Lt John Wynne Howe Blower was the son of John and Edith Blower, of Pett, Sussex.

After completing officer training he was granted an emergency commission on 10 April 1943, and served as a 2nd Lieutenant with the Royal Artillery.

He volunteered for airborne forces and later served with an Airlanding Anti-Tank Battery attached to 6th Airborne Division, which was used as a spearhead for the Normandy landings in June 1944. 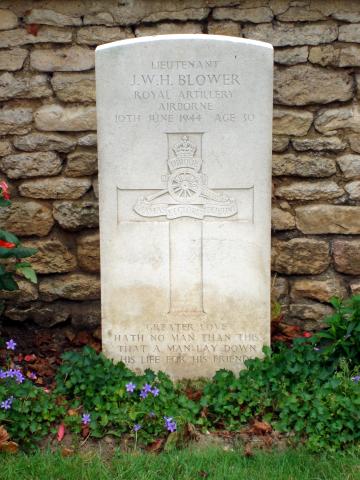