John William Bushell of Eythorne Kent, enlisted into The Royal Engineers on 31 August 1927 at Canterbury. At fourteen years old he enlisted as a boy solider. He was posted to 9th Field Coy RE

Lance Corporal Bushell disembarked in France on 1 October 1939. During this campaign he was Mentioned in Despatches.

In May 1942 9th Field Coy RE was converted to an airborne unit becoming 9th (Airborne) Field Coy RE. Sergeant Bushell went with this unit to North Africa, embarking on 13 April 1943 and arriving ten days later.

In July 1943 he went on Operation Husky and was taken a Prisoner of War. Sgt Bushell was sent to Campo 66 before being transferred to Stalag XVIIIA in Wolfsberg, Austria.

After liberation he arrived in the UK on 16 May 1945 and admitted to 97 Reception Camp.

A career soldier WOII Bushell retired in 1961 from The Gukha Engineers FARELF. 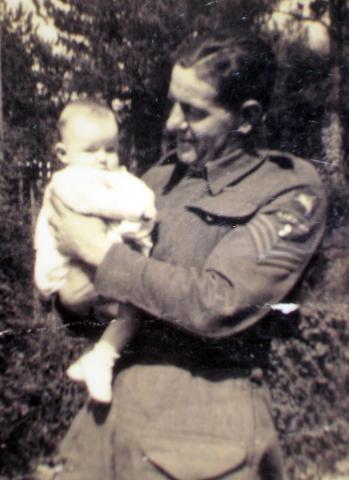