John Wilfred Brennan served with Airborne Forces in the Second World War with 53rd Airlanding Light Regiment in 1944 to 1945.

John 'Wilf' Brennan was born in 1912 in Harwich, Suffolk. His Father was a publican, who served in the First World War. His Mother was a devout Catholic, Wilf attended Ampleforth during his schooling. On leaving school, he was encouraged to join the Army by his father in 1931, serving with the Royal Artilley until 1937.

After leaving the Army, Wilf began working for British Insulated Callenders Construction Company, a subsidiary of the Cable Company BICC.  He trained as a draughtsman for company. Coincidentally, his son later worked for the company, getting to know many of Wilf's former colleagues(!)

By 1939, the impending outbreak of the Second World War led to his re-enlistment with 22nd/56th Field Battery, RA, part of 1st Infantry Division, on 15 June 1939. As war was declared, he was soon sent to France as part of the British Expeditionary Force(BEF), returning in early June 1940 as part of the evacuation from Dunkirk. Shortly after his return, he met and married his wife, in Liskeard, Cornwall on 21 December 1940. Their first son, Colin was born the following October. During four years with the Battery on home defence duties, he gained promotions to Warrant Officer Class 2.

John, often known as 'Jack' by Army friends, was posted to join Airborne Forces on 31 January 1944, serving with 210 Airlanding Battery of 53rd Airlanding Light Regiment RA. He served with 210 Battery, deployed to Normandy shortly after D-Day until September 1944. WOII Brennan returned to action with the unit as 6th Airborne deployed to the Ardennes region in response to the German counter-offensive in Winter 1944-5. After a brief period of respite in the UK, the unit returned to action for the Rhine Crossing, as part of Op Varsity in late March 1945. 6th Airborne remained in the field after the operation, hastily reassigned to the Advance to the Baltic.

As the War in Europe came to an end, WOII Brennan remained in North West Europe, posted to Norway on 8 June 1945, where Airborne soldiers were engaged with the disarmament of German troops and restoration of civil order, alongside a welcome period of rest and recuperation. Shortly afterwards, Brennan was posted back to the UK on 30 August 1945, remaining in service until he was demobbed and released to the Class 'Z' Royal Army Reserve on 23 January 1946.

WO2 Brennan received his service and campaign medals, which were also accompanied by a certificate recording: 'Outstanding good service, and shown great devotion to duty, during the campaign in North West Europe'. The certificate was awarded in a ceremony by Field Marshal Montgomery on 20 April 1945.

During the whole of his military service Wilf sustained only one injury, namely a sprained right knee. His medical record reports: 'Sustained injuries on 22nd July 1941, not likely to interfere with his duties, only moderately severe'. He had done well for twelve years military service, including six years on active duties(!).

Leaving the services in January 1946, he returned to being a draughtsman for a short time, but could not settle to it, and instead, followed his father by becoming a publican. Over the years, his health deteriorated however, and by the late 1950s, he decided to take an office job until retirement at 65.

Wilf Brennan had enjoyed 'the good things' during a full life, and died in March 1984, aged 72 years old. 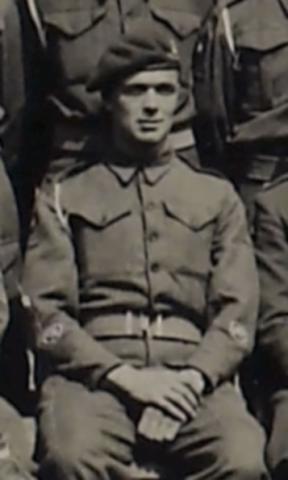 Colin Brennan said:
WO2 Brennan managed to stay out of trouble and was not awarded any senior medals. On 20th April 1945 however, he received a certificate of "Outstanding good service, and shown great devotion to duty, during the campaign in North West Europe" awarded by the Commander-in-Chief, 21st Army Group, one Field Marshal B.L. Montgomery.

As his son, I have his medals and certificate and I am proud of his achievements.
Add your comment