John William Beal was the son of Charles Frederick and Elizabeth Beal, of Camberley.

He enlisted at Aldershot on 13 January 1940, as a driver in the Royal Army Service Corps (RASC), but was discharged to the WT Reserve on 20 October 1940, by authority of Headquarters 5th Army Corps.

He then re-enlisted from the Reserve on 28 September 1942, and was initially held at the No 1 Holding Battalion, RASC.

Having volunteered for airborne forces he was posted to the 250th (Airborne) Light Composite Company, RASC on 22 February 1943. In May he sailed with the Company, as part of the 1st Airborne Division to North Africa.

It is not known if he participated in the landings in Italy in September 1943, or whether he remained in North Africa on driving duties.

In November 1943 the Company boarded a ship to sail back to the UK disembarking at Liverpool on 23 December 1943.

By January 1944 the Company was based around the Longhills area of Lincolnshire. It was now that Driver Beal volunteered to become a parachutist and was sent to RAF Ringway on parachute course 101, between 31 January to 13 February 1944. His parachute instructor commented: “Cheerful and attentive, descents well up to average”.

Driver John Beal was serving in the Motor Transport Platoon attached, to 2 (D) Platoon when he was killed in a parachuting accident on Ropsley Heath, near Grantham on 21 July 1944, aged 31 years, 11 months. He was buried in Yorktown (St Michael) Churchyard, Surrey.

He was married to Dulcie Gladys Beal. 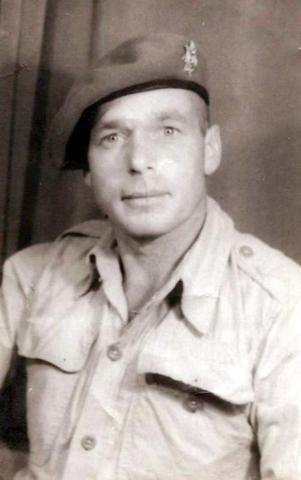