He qualified as military parachutist on Course 40 which ran at RAF Ringway from 1 to 11 December 1942.

He deployed to North Africa with the battalion in 1943, and later took part in the amphibious landings at Taranto, Italy, in September 1943. When the 1st Airborne Division returned to the UK in November 1943 to prepare for D-Day the 2nd Brigade, including the 6th Para Bn, remained and was retitled the 2nd (Independent) Parachute Brigade in December. Their subsequent operations in Italy, until Operation HASTY in June 1944, fell into 3 distinct phases.

The first phase, up to Christmas 1943, included offensive operations against the Germans in and around Orsogna under the command of 2nd New Zealand Division. During the first quarter of 1944 it continued in a mainly offensive infantry role on the Sangro front. For the next two months the Brigade maintained a defensive infantry role on part of the Cassino front and then moved to relieve 6 New Zealand Brigade in the line just north east of Cassino, until its units were withdrawn from the line in May.

Fusilier Carrick parachuted into Southern France in August 1944 as part of Operation DRAGOON and later deployed to Greece for Operation MANNA in the autumn and winter of 1944-5. He went onto serve with the battalion in Palestine before demobilisation. 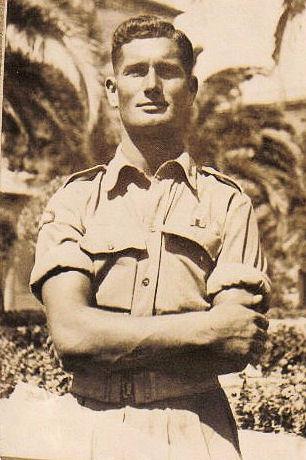