He officially enlisted into the East Yorkshire Regiment on the 16 May 1939. [2]

However, it is apparent from a photograph taken on the 28th January 1939, that he had probably served some time in the Territorial Army of The East Yorkshire Regiment, when he was under-age!

He volunteered for Airborne Forces in late 1940 or early 1941, and did his parachute course at RAF Ringway in 1940 or early 1941. He was then serving in No 2 Commando, which became the 11th Special Air Service Battalion on the 12th December 1940.

When the Battalion was re-organised as the 1st Parachute Battalion in August 1941, Private. Cartman was serving in 7 Platoon, ‘S’ Company under the command of Lieut. ECS Hargreaves.

Upon return to England, in December 1943, he, along with the rest of the Battalion, were sent to the Lincolnshire area. ‘S’ Company were billeted in the town of Bourne.

By now serving in 6 Platoon, ‘S’ Company, under the command of Lieut. R.A.J. Bingley, he took off from Barkston Heath aerodrome, aboard a C47 Dakota aircraft bound for D.Z. ‘X’, at Renkum Heath in Holland – to take part in Operation ‘MARKET’, on Sunday, 17 September 1944.

Private John Cartman died of his wounds at the Mariendaal area on the Western outskirts of Arnhem, on Monday, 18 September 1944.

He was initially buried in a mass grave at the front of ‘De Vergarde’ house, Utrechtseweg 33. He now lies at rest in the Arnhem/Oosterbeek War Cemetery 6C2. 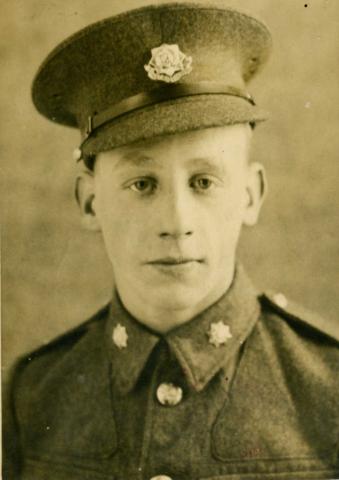