John Stillwell enlisted in the Royal Sussex Regiment and volunteered for The Parachute Regiment, attending a parachute training course at RAF Ringway.

Private Stillwell was posted to 4 Platoon, A Company, 10th Parachute Battalion and took part in Operation Market Garden in September 1944.

Jumping into battle, he recalled coming under fire, and bullets tearing holes in his parachute.

Private Stillwell was captured and held in Germany before escaping after five months.

John Stillwell married Barbara and had three children, two sons and a daughter. 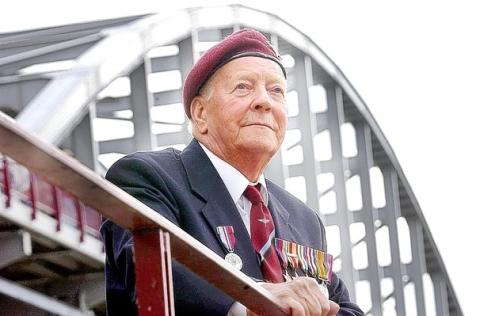