John Paul Avallone was born Giovanni Avallone on the 12 April 1918, in Belshill, Lanarkshire, Scotland. His father, Roberto was Italian but his Mother was Mary McGinn who was from Cambuslang - they were married in Glasgow in 1917 so Roberto moved from Italy to Scotland at some point before 1917. [1]

By 1938 Giovanni was a Compressor Driver living in Mossend, Lanarkshire, and on the 6 September of that year he married  Elizabeth Cassidy. [2]

He enlisted into the Royal Army Ordnance Corps on the 18 April 1940, changing his name from Giovanni to John.

He volunteered for Airborne Forces from the MLI Bn, RAOC in late 1943.

He was assigned to No 1 Platoon and served in No 2 Section as the No 1 on the Bren gun.

On Sunday, 17 September 1944, he took off from RAF. Fairford, aboard a Stirling, bound for DZ ‘X’ near Renkum in Holland. After carrying out the DZ and LZ marking duties for the 1st, 2nd and 3rd Lift’s (17 to 19 September), he, along with his Platoon moved into the Oosterbeek perimeter. Initially they took up a position in the North-west corner, near the Ommershof buildings and grounds. On the night of the 21/22nd September they moved to a position covering the main cross-roads in Oosterbeek near the Schoonoord Hotel.

Extract from ‘Leading the way to Arnhem’: ‘On the morning of 23 September 1944, when the Platoon was occupying houses on Stationseweg, Oosterbeek, they were ordered to take their gun to a position on the far side of the crossroads opposite the Schoonoord Hotel. He was trying to locate a persistent enemy sniper when his Bren gun jammed. Whilst trying to unjam it, he was badly hit in the head and throat. Evacuated to a Dressing Station as soon as possible, but he later died of his wounds.’

Aged 26 when he died, he was initially buried near the Schoonoord Hotel.

He is now buried in the Arnhem/Oosterbeek War Cemetery, 5. A. 4. 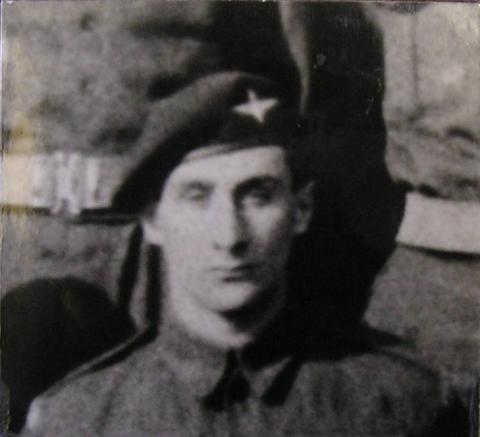