In 1940 he transferred to the 1st Bn Monmouth Regt (68 Searchlight Regt RA) and remained with them until 1943 when he volunteered for airborne forces.  He qualified as a military parachutist after attending Course 83 which ran at RAF Ringway from 15 to 24 September 1943.

John  subsequently fought with  the Bangalore Section, B Company, 9th (Essex) Parachute Battalion in Normandy, which was tasked with assaulting Merville Battery.

After recovering from wounds he attended a refresher training course R158 which concluded on 8 April 1945.

John returned to his unit after his refresher course, and was transferred to Support Company. He accompanied the battalion to Palestine and after completing 7 years service with the colours returned to the UK where he was placed on B class reserve.

In February 1947, he returned to the colours and, after completing a refresher course, rejoined the 9th Battalion in Palestine. His battalion subsequently amalgamated with the 8th Para Bn in January 1948 while it was still out in Palestine. A few months later John embarked with the 8/9th Para Bn for the UK onboard the Empress of Scotland on 23 April 1948.

Later that year he was posted to the 1st Battalion, based in Lubeck, Germany where he remained until 1949. John returned to the UK with 1 PARA and was then based at Albuhera Barracks, Aldershot, until 1951 when the battalion was ordered to the Canal Zone,Egypt.

While out in Egypt John applied to extend his service to 22 years and transferred to Brigade HQ (Intelligence Section) in 1953, returning to the UK in 1954.

John rejoined 1 PARA in 1960 and was later posted to 2 PARA as a Colour Sgt in Cyprus. He was employed  outside of the regiment until completion of service, and on his return to the UK was discharged in October 1963.

Compiled with the kind assistance of the Murray family 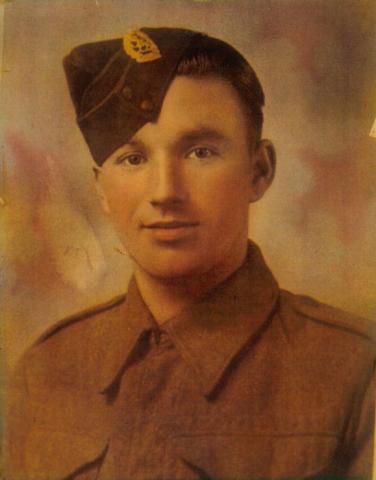