Major John McCulloch Barnes, son of Frederick Robert and Edith Mary Barnes, of Sydenham, London. He served with 4th Parachute Battalion and took part in the deployment to Greece, during Op Manna. 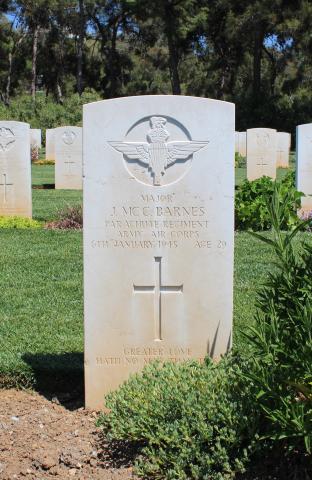