Corporal Wood joined the Battalion from the Royal Lincolnshire Regiment and very soon became a popular and respected member of B Company. He was an excellent skier, and although not outstanding at games he played hard and enjoyed them.

On completing his service with the Colours he joined his father in the family business of ecclesiastical stone carving, and was so occupied when he was recalled as a reservist in August.

He was taking part in operation, codenamed ‘Musketeer’, at Port Said, Suez in Egypt and was one of those who landed among the enemy at the east end of the DZ and he died of his wounds at the British Military Hospital, Nicosia, aged 23 years.

He is now buried at Waynes Keep Military Cemetery, in Nicosia, Cyprus.

With thanks to Ray Reynolds and the Pegasus Journal 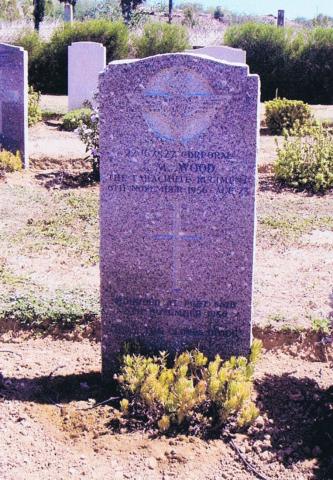