Lieutenant John Horsley was the son of Tom Mason and Mildred Mary Horsley, of Newcastle-on-Tyne. He was granted an emergency commission on 21 December 1940 and served with the 1st Battalion, The Border Regiment, when it formed part of 31 Infantry Brigade.

The Brigade was redesignated to become part of airborne forces, as the 1st Air Landing Brigade, in October 1941. The Battalion adapted to its new air assault role, primarily by glider and some personnel, including John, trained as military parachutists. He qualified on Course 11 which ran at RAF Ringway from 6 to 18 April 1942.

He ran the Battalion's Intelligence section until July 1944, when he was seconded to 21st Independent Parachute Company, still in the role of Intelligence Officer and took part in the Battle of Arnhem during Operation Market Garden, where he proved himself as a brave and resourceful officer.

John Horsley was seriously wounded by German machine gun fire as he withdrew with remnants of the 1st British Airborne Division to the river on the night of the 25/26 September.

He was initially tended by a Dutch family but subsequently died of his wounds in Apeldoorn Hospital on 27 September 1944, aged 24 years old, and is now buried at Oosterbeek War Cemetery, Arnhem. 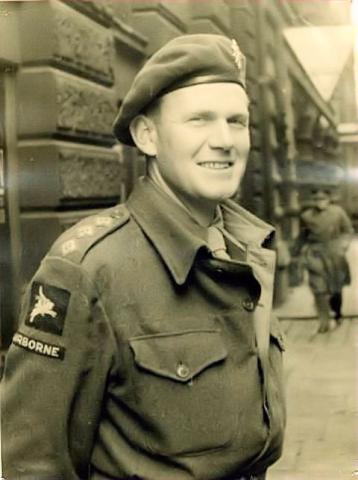