Gunner Machin took part in D-Day landings to Normandy on 5-6 June 1944. He flew to Normandy as a gliderborne passenger onboard a Horsa glider, Chalk Number 99. The glider was shot down near to the coast, off Le Havre. Gnr Machin drowned, and his body later washed ashore, where it was recovered by German Forces. 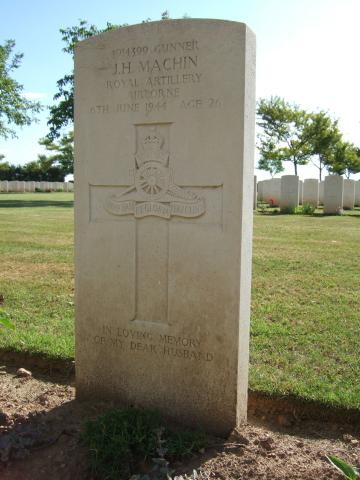 Penny Monk said:
It’s very emotional to find this as John Machin is my Grandfather. We had no idea where he was buried but now that we do we’re hoping to visit soon. Thank you so much.
Add your comment