John ‘Jack’ Hollington Grayburn was born 30 January 1918 in Manora Island, Karachi. On his family’s return to England, he was brought up in Chalfont St. Giles along with his two brothers. He attended Sherborne School where he excelled at boxing and rugby until 1935. He continued playing rugby for Chiltern Rugby Club until 1939. Following his schooling, he joined the London office of the Hong Kong and Shanghai Banking Corporation as a Foreign Staff Junior.

Jack Grayburn was commissioned into the Oxfordshire and Buckinghamshire Light Infantry in September 1940, undertaking his training at Hatherleigh, Devon. Whilst serving with the Ox and Bucks he gained the nickname “Mad Jack”. In 1942, he was married to Dorothy Chambers with whom he had a son in 1943 called John.

Following a recommendation from an old banking colleague, Jack volunteered for The Parachute Regiment. He attended course 77 at RAF Ringway from 9 to 18 August 1943, where he was described as "An average performer, but an excellent leader, tonic to men". Following his training he joined the 2nd Battalion, The Parachute Regiment in North Africa in time for the Italy campaign.

On 17 September 1944, Lt Grayburn emplaned for Arnhem. From the evening of 17 September until the night of 20 September, a period of over three days, Lt Grayburn, a platoon commander, 2nd Parachute Battalion, led his men with supreme gallantry and determination at Arnhem Bridge.

Although in pain and weakened by wounds to his face and back, his courage never flagged. There is no doubt that, had it not been for this officer's inspiring leadership and personal bravery Arnhem Bridge could never have been held for that time. Lt Grayburn died during the night of 20 September, aged 26 years old. For his gallantry at Arnhem, he was awarded the Victoria Cross.

His body was recovered from a ruined building in 1948 and is now buried at Oosterbeek War Cemetery. His medal set is now on display at the Airborne Assault Museum.

Major General Frost CB DSO MC paid tribute to him in the Pegasus Journal in 1982: .

“So ended the days of a very gallant gentlemen. During the last few weeks of his life, his unassuming manner and quiet attention to duty disguised the resolution which led to his outstanding performance in the battle. Since then his example has permeated the Parachute Regiment to the present day for those who have followed him say, “I must try to do likewise.” 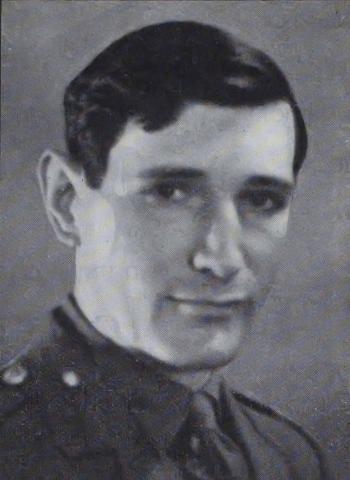