Sir John Killick served as an officer in the Intelligence Corps during World War II, most notably as Officer Commanding 89th Parachute Field Security Section at the Battle of Arnhem in September 1944.

John Killick had joined airborne forces in 1943 and qualified as a military parachutist on Course 93 which ran at RAF Ringway from 29 November to 13 December. He was appointed as Officer Commanding 89 Field Security Section in early 1944.

Some members of 89 FSS, including John Killick, accompanied elements of the 2nd Parachute Battalion into Arnhem and his patrol was photographed by Sem Presser, a press cameraman, in a sequence of shots which subsequently became very well known images of the battle.

After the war he rose to become a senior diplomat in the Foreign Office, culminating in his appointment as UK Ambassador to the North Atlantic Treaty Organisation, a post which he held until he retired.

Britain's envoy successively to the Soviet Union and NATO, Sir John Killick, who has died aged 84, was one of the distinguished breed of diplomats who joined the Foreign Office straight from wartim

Sir John Killick, the diplomat who died on Thursday aged 84, served as Head of Chancery in Washington and as Ambassador in Moscow; he could have occupied with distinction almost any of the top appo 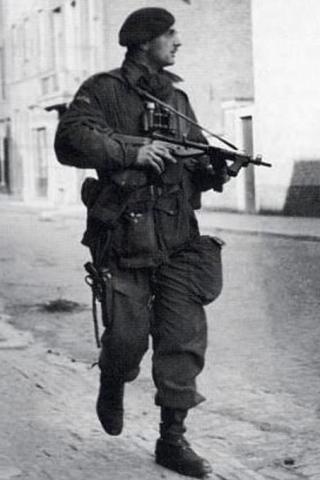