Trooper Dale-Glossop joined the army in September 1944, receiving his basic training in Winchester with the Rifle Brigade. From there he was posted to the 59th Training Regiment which was based at Barnard Castle.

He was then posted to the 2nd Dragoon Guards (Queens Bays) in Palmanova, North Italy. From there the unit moved to Fanara in the Canal Zone, Egypt. Whilst there Trooper Dale-Glossop volunteered to transfer to the 3rd Kings Own Hussars, which was at that time based at Mount Carmel, Haifa, Palestine.

In January 1948, Trooper Dale-Glossop returned to the UK and completed Parachute Course B233 at Upper Heyford on the 26 February. While waiting for his unit to return from Palestine, he was sent to Bovington to be employed as a driver, and shortly after this he volunteered to transfer to the 4th Queens Own Hussars, which was due to be deployed due to the Malayan Emergency in June 1948. He remained in Malaya for eight years.

In 1950 he left the army to work in the rubber plantations for a short time before joining the Malayan Military Forces in 1951.

The 3rd The Kings Own Hussars moved down from Adlum in Syria to Sarafand (the Aldershot of Palestine) in the autumn of 1945 joining the 6th Airborne Division, as the only remaining Airborne Cavalry Re 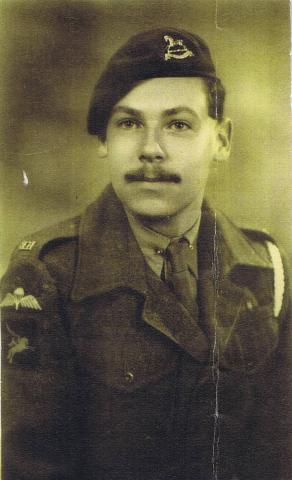