I joined the Junior Guardsmans Company in 1963 where I trained as a Drummer and did a Parachute Training Course at RAF Abingdon before I left JGC as an adventure training course.

I then joined the 2nd Bn Scots Guards in Chelsea Bks and whilst there I went to Canada on training. We then moved to Iserlohn in Germany where I met, as he was then, Captain Carnegie Brown. He spotted the light bulb on my sleeve and the next thing I am on the Company Pre Para Course and P Coy!

I served with the Guards Para Company from 1967 -1974, trained as a medic and eventually became Motor Transport Sergeant. I also served out in the Far East, Middle East and  on Op Banner (Northern Ireland).

I returned to 1st Bn Scots Guards in Germany and then Chelsea Bks until I eventually resigned in 1978.

I also served for 10 Years in Royal Corps of Transport (Territorial Army)  but the best years of my service were with The Guards Independent Parachute Company. 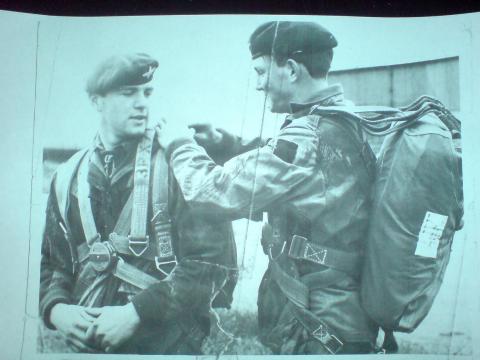