Following this he served with three other regiments before volunteering for airborne forces. He qualified as an "above average" glider pilot in January 1943.

He took part in Operation Tonga (Normandy) flying a Horsa on 6th June 1944. Then later in September 1944 he flew a Waco Hadrian glider on Operation Market Garden (Arnhem). S/Sgt. Hutley continued to fly gliders until he was demobbed in April 1946.

It is noted in his flying log book that he crash landed in August 1944 whilst training. A section of this glider can be seen in the media section on the right.

By Ben Hill with information kindly supplied by Neil and Trevor Hutley. 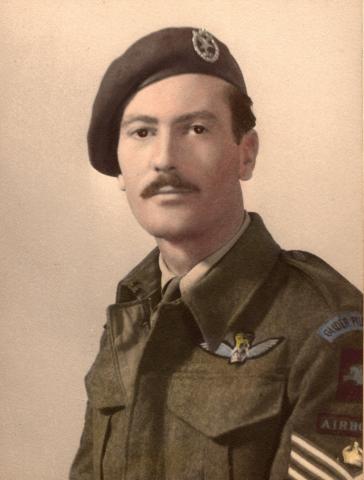