John Brade was born in January 1916 in Preston, Lancashire. He was the second youngest of five children and grew up in Preston. After leaving school, he trained as a bricklayer before joining the Army.

John enlisted with the Territorial Army at Prestatyn, North Wales aged 26 years old, to join the Royal Corps of Signals on 12 March 1942. He learnt his new role at the 2nd Operators Training Battalion, Depot Royal Corps of Signals. His training complete, he was given his first posting with the fledgling Airborne Divisional Signals (later known as 1st Airborne Divisional Signals) in mid-August 1942.

Sglmn Brade remained with the Airborne Divisional Signals until mid-February 1943, as the new Airborne Division prepared to join 1st Parachute Brigade in North Africa. At this time he returned to Depot Royal Signals before posting to 13 Line of Communications(L of C) Signals in late-July 1943.

John was part of the reinforcement shipment sent to join the Middle East Force in the Mediterranean in mid-October 1943, disembarking in North Africa on 6 November 1943, and transferred to 8th Army Signals on the same day. Sglmn Brade is likely to have seen service the 8th Army who were progressively fighting their way up the Eastern Coast of Italy in Winter 1943-4.

Whilst in the Mediterranean, Sglmn Brade experienced several transfers as the nature of the conflict altered in Italy during 1944, and was posted on no less than five occasions in the short period from June to October 1944. 8th Army had taken part in the Battle of Monte Cassino, whilst his role with 13 Corps Signals, a Corps of 8th Army meant he continued in support of their objectives through Northern regions of Italy in 1944. As the conflict had moved to Italy, the over-arching title for the armies in the region was redesignated the Central Mediterranean Force (CMF) around this time.

John's final transfer came to 1 Air Support Signals in late October 1944. He remained with unit stationed in Italy until the end of the war. After the war, Brade remained in Italy as the CMF remained to help reconstruction efforts and the restoration of civilian government. The unit was redesignated 1 Air Support Signal Section on New Years' Day 1946, and Sglmn Brade qualified as a Driver in November 1946. He finally returned to the UK in early February 1947, and was formally demobbed after being granted paid leave until 24 May 1947.

John married Ardea Persi, whom he met at Trieste in Northeastern Italy (where he had finished the war), on 10 August 1946. She returned to the UK with him and as he embarked on a new civilian career they brought up their family of three children, establishing the family home back in Preston.

John worked for many years as a supervisor for the Lancashire River Authority, before finally retiring in 1965. He sadly died just a year later in December 1982, aged 66 years old. 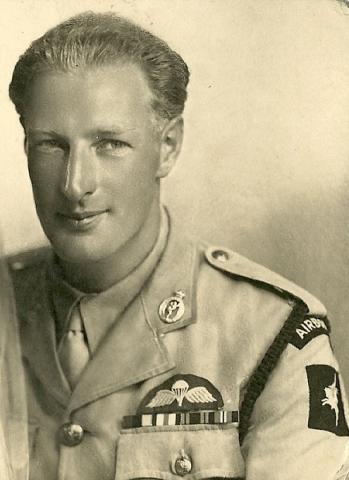