John “Jack” Badger was the son of John and Christina Ethel May Badger, of Four Oaks, Sutton Coldfield, Warwickshire and served in C Company, 2nd (Airborne) Battalion of the South Staffordshire Regiment. The Battalion became part of the 1st Airborne Division in October 1941 and converted to a glider borne role taking part in operations at Sicily, Italy and Arnhem.

During Operation Husky a force of eight Horsa Gliders, carrying A and C Companies,  was tasked with taking the Ponte Grande Bridge (codename Waterloo Bridge) on 9-10 July 1943. In the event only two gliders from C Company landed on their designated LZ next to the bridge. As a 2nd Lieutenant, Jack Badger was part of this small force which took the bridge. German troops pushed them off but sea-borne troops arrived to assist the South Staffs to recapture it.

He was gazetted for a Military Cross on 21 October 1943 for his actions in this battle. His citation reads: "This officer was wounded during the early part of the fighting. Nevertheless he continued to lead his platoon on two attacks on Waterloo Bridge. When eventually the bridge was recaptured Lieut Badger assisted in its defence under heavy fire and refused treatment for his wound until ordered back by his Commanding Officer. His cool courage and dauntless leadership contributed largely to the recapture of Waterloo Bridge."

Promoted to Lieutenant he commanded No 18 Platoon C Company at the Battle of Arnhem. As part of the 2nd lift he arrived with his platoon on 18 September and bumped into his friend, fellow officer Donald Edwards, on the LZ and gave him a cigarette.  The 2nd lift then moved off towards Arnhem but progress was slow. German resistance had stiffened and the group encountered opposition from well sited and hidden German machine guns in the Mariendaal area. It took until the early hours of the following morning to extricate themselves from the German opposition and continue the advance.

It is believed he was killed by mortar fire west of the St Elizabeth’s Hospital on the road between the city prison and the Den Brink estate. Lieutenant Badger died 19 September 1944, aged 19 years old. He was initially given a field burial at Arnhem General Cemetery, before being reinterred Oosterbeek War Cemetery, Arnhem.

By Land, Sea and Air: An Illustrated History of the 2nd Battalion the South Staffordshire Regiment 1940-1945. Publisher RN Sigmond. 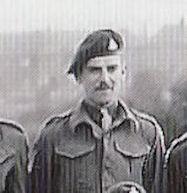 Phil Giles said:
By chance, I was hospitalised with an elderly chap who served with John 'Jack' Badger who was with him when he was killed. He was also with him and somw of his fellow Paras the night before the Arnhem operation. I have a couple of photos somewhere, which I can pass on. I was with SSAFA at the time and this chap had fallen on hard times having been evicted by his family (hard to believe, but true). I managed to get him a place to live and welfare assistance through my contacts. Phil, Hampshire
Add your comment