Jeffery Frazer Noble was born in Ilford, Essex. At 6' 3" he was an imposing figure, respected by the men who served with him.

He attended Southend High School and in May 1942 he joined The Queen's Royal Regiment, and was soon put forward for officer training. After officer training he was one of the first cadets to transfer directly into The Parachute Regiment. He trained at Hardwick Hall and conducted his parachute jump training on course 67 at RAF Ringway. His report noted that he was very keen and fearless, but a little awkward. Jeffery was then assigned to the 156 Parachute Battalion.

At the age of 19 he was a 2Lt and was told to reconstitute the MMG Platoon. On 9 September 1943, 156 landed at Taranto, Italy. Here Jeffery saw his first action. His guns supported C Coy during their attack on the hillside village of Mottola. Jeffery's platoon was also involved in clearing the Germans from their hillside positions at San Basilio near Castellanetta. In December 1943, 156 were shipped back to England, where they prepared for their next operation...Arnhem.

Jeffery was a platoon commander under Captain T Wainwright with 156 when he dropped into Arnhem. He was always haunted by the loss of men under his command during this ill fated operation. Dakota Chalk 619 and the US aircrew who perished as their aircraft were shot down as they approached the DZ. In fact the 156 Para Batt. suffered the highest percentage of losses of all the battalions who fought with the 1 Airborne Division at Arnhem. Their losses included their CO, Lt Col Sir Richard des Voeax. Out of the 600 men in the 156, only 37 returned to England. Jeffery was captured during the battle and imprisoned at Camp Pflag 79, his prisoner number was 91017. After the War he became good friends with fellow 156 officer, and Arnhem veteran Col John Waddy OBE.

In July 1945 Jeffery joined The 1st Parachute battalion and went to Palestine as 2IC of S Coy, becoming GTTi Ops at HQ 6 Airborne Division. He then served as ACO at RAF Fairford, before gazetted into The Royal Fusiliers in late 1948. He served in Egypt and then Palestine as GSOIII 3 Brigade. Jeffery then returned to The Parachute Regiment and was made 2IC of The 10 Parachute Battalion TA in 1953.

Jeffery retired at the rank of Major after the Suez operation in 1956 to pursue a successful career in HR. He, with his family moved to France in 1980.

Jeffery was instrumental in establishing exhibits in a new museum in Annecy covering the actions of Gliere during WW2. In 1991 he invited Queen Elizabeth the Queen Mother to the region and showed her around the museum. He introduced her to members of the French Resistance too. In May 1996 for this work, and for raising public awareness of the heroic actions the Resistance took in the War, Jeffery was awarded The French Ordre National du Merite.

Jeffery was married to his wife, Rebecca for 74 years. They had a son, David and two daughters, Patricia and Mary.

Profile created with information from obituary and book From 'Delhi to Arnhem'  written by John O'Reilly. 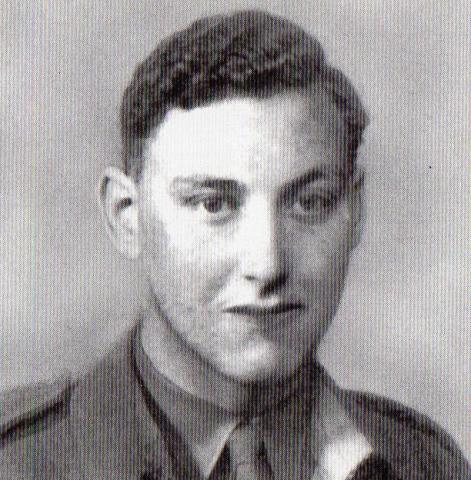