Jeff Eggleston enlisted into the Middlesex Regiment and volunteered for airborne forces in 1942.

L/Cpl Eggleston went on Operation Torch in North Africa and is likely he jumped into the assault on the Primosole Bridge in Sicily (although 30 of the aircraft had to return with men still on board).

On 17 September L/Cpl Eggleston jumped into Arnhem, where he was eventually taken a Prisoner of War and sent to Stalag 11B in Fallingbostel, Germany. 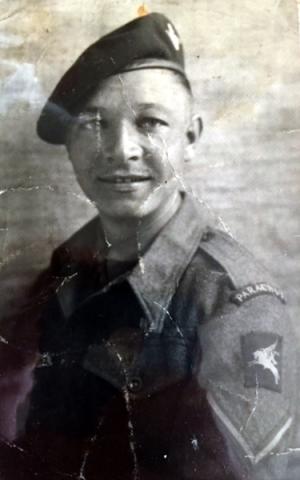