He left the regular army in 2010 and rejoined the reserve in 2011 and then 4th Battalion the Parachute Regiment C Coy 9 Platoon in 2015 till present. 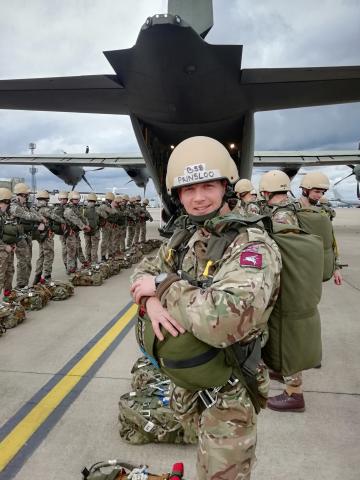